Easigrass celebrated the success of its brand as one of 50 shortlisted companies selected from more than 600 entries at the inaugural Daily Express Home and Living Awards held in London on 26 October. The awards recognise the industry’s “brightest and best brands that make all the difference to the way we live’” and is judged by a panel of the UK’s most respected home and interiors journalists and designers.

Easigrass managing director, Anthony Gallagher, together with his team and a selection of Easi-Animals, attended the prestigious awards ceremony in London at London’s Grand Connaught Rooms. Shortlisted in two of the 14 categories, Easigrass was narrowly pipped to Carpet and Flooring Supplier first place by one of its leading suppliers and household name brand John Lewis.

John Lewis was one of two Easigrass suppliers to pick up an award on the night, as West London based Squires was named the UK’s Best Garden Centre by judges. “We are extremely proud to have been chosen to be among the best in the home and living product industry, particularly as we were the only dedicated artificial grass supplier to be shortlisted,” said Anthony. “It was a big win for Easigrass to be able to celebrate on the night with two of our highly respected suppliers, John Lewis and Squires.”

The judges, including Property and Interiors Features Editor Deborah Stone, praised Easigrass product quality, innovation and service. The great and good of the home and property industry attending the plush event were also won over by the Easi-Animals and Easi-Guards on display in the grand hall. 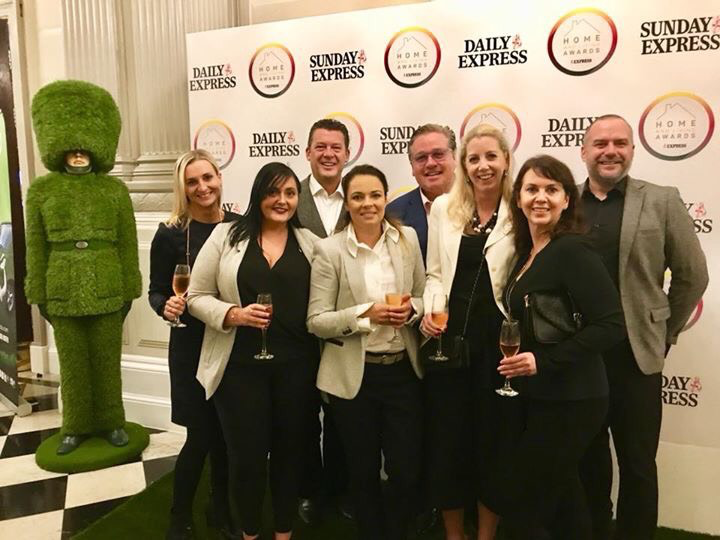